Black to the Future: Afrofuturistic Music on Jan. 27

Mildred Fallen of Deeper Than Atlantis: Diggin’ in the Crates on Soul Public Radio and Napoleon Maddox of hip hop/jazz band IsWhat?! are ramping up for Black to the Future: Afrofuturistic Music next week! Check out a few of the topics that will be covered during the event as they relate to music.

Technology
One aspect of Afrofuturism in music involves using technology in ways that redefine intended use. It’s the “something from nothing” part of the African-American tradition that repurposes and refashions everything and gives it a new life. Drum machines weren’t originally intended to provide beats, nor were they popular among musicians but Sly Stone took them to another level. Modern music like Hip Hop certainly took style cues from Sly. 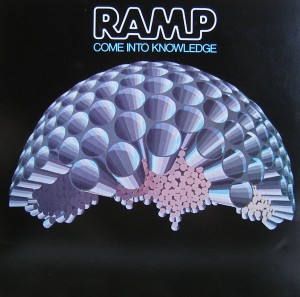 Spirituality
Discovered in Cincinnati in 1975 by Roy Ayers, soul/jazz group, RAMP released one album, Come Into Knowledge. Lyrics like “Come into knowledge of a spiritual law/people you’ll find out who you truly are” embrace us finding our higher selves. RAMP has been sampled by Tribe Called Quest, Common, Jill Scott and others, so their music continues to live through new generations. John Manuel, RAMP’s drummer told Mildred, who has interviewed him several times, that a Japanese artist rendered the drawing of a brain for the cover.

Exclusion/Erasure
In The Ships Landed Long Ago: Afrofuturism and SF,  writer Mark Bould wrote: “The exclusion of people of color from sf’s future had already been noted by, among others, Gil Scott-Heron, whose 1970 track “Whitey on the Moon” (1970) contrasts the corporate profiteering of the US space program (so close, ideologically, to much of the Campbell-Heinlein tradition) with the impoverishment of black urban communities: ‘I can’t pay no doctor bill (but Whitey’s on the moon)/Ten years from now I’ll be payin’ still (while Whitey’s on the moon).’ The space race showed us which race space was for.”

Check out the event in this week’s issue of CityBeat! Also, listen to Mildred and Napoleon on WVXU’s Local Exposure!