To Whom Does the Future Belong? 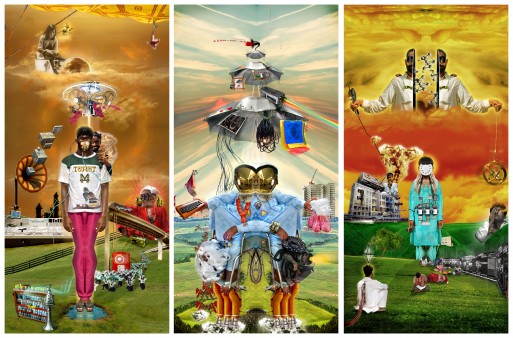 So the short Afrofuturism primer I wrote for The Pandora Society’s website last month in honor of Black Speculative Fiction Month apparently brought all of the racists to the yard when the site’s manager posted a link to the article in a Facebook group. Someone dropped the gem, “Captain Kirk needed another taste of chocolate now that Uhura and Scotty were married” (um…whet?) and kicked off a dust-up about people of color in science fiction and “political correctness run amok.”I managed to resist the urge to ether everyone on the thread for talking noise because as a card-carrying member of the Unbothered Blacks of America Club™, it’s just not worth me getting my blood pressure up. The same people who felt the need to comment in a negative way on the article probably didn’t even read it. They’re probably the same ones who are salty that a black dude is one of the main characters in the next Star Wars movie. They’re the same people who keep trying to tell us that GamerGate is about ethics in journalism. They’re the ones who are hemming and hawing about Lovecraft being “a man of his time” so there was no need to remove his image from the World Fantasy Award. They’re the people who, in their words and actions (and inaction), keep confirming that they don’t think we (black people, people of color in general, women, etc.) belong in “their” futures — real or imagined.

So do you know what I say to them? Nothing. I don’t have to say anything. The world is letting them know that they’re obsolete. Their code is corrupted. They’re next in line for the trash heap. We are changing! And growing! And getting better!

And then after I have all of these positive thoughts about how much we’ve progressed, I wake up.

We’ve only gotten this far — to the point where others can openly call people on their BS, which isn’t exactly very far at all — because we haven’t stopped complaining, agitating and fighting. That “we” is all of us: from those who pick up picket signs and protests to those who correct the nonsensical posturings of those in their social circles. We all play a part in making the world (real and imagined) a better place. If not for ourselves, then for future generations. So everyone out there creating art that will eventually change perceptions, sharing knowledge and fighting the good, in real life and online, keep doing what you’re doing. I’ve got your back.