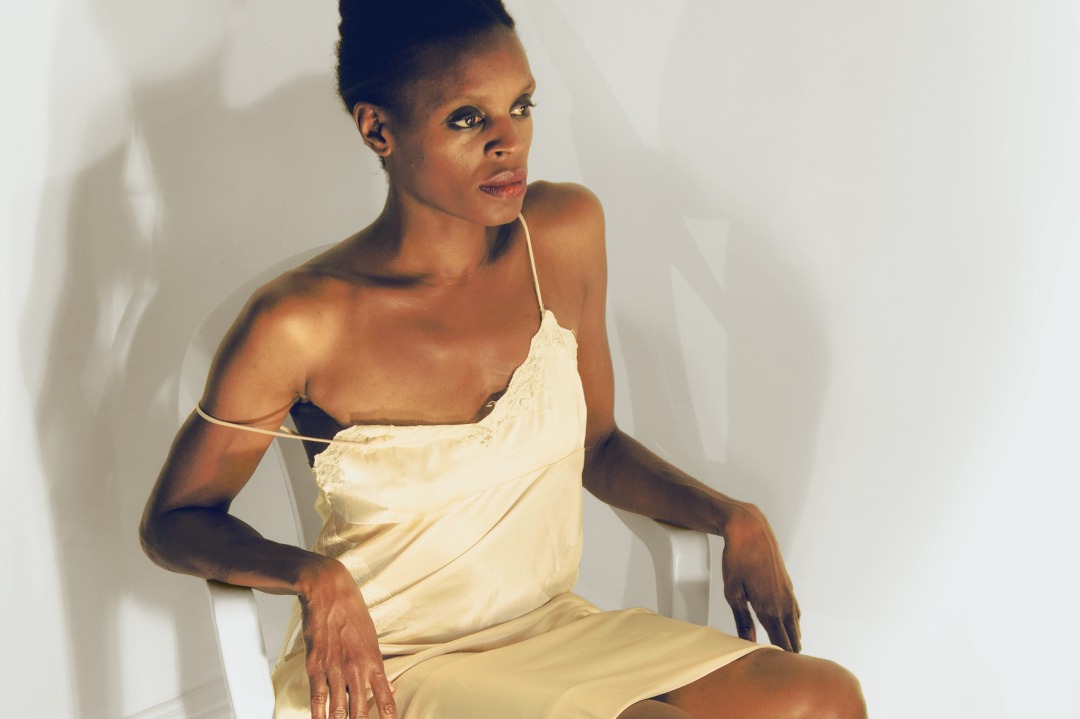 New York artist Okwui Okpokwasili brings her one-woman show, Bronx Gothic, to the Contemporary Arts Center this week. Midwest BSFA talked to the writer/choreographer about combining elements of the Victorian Gothic and West African storytelling, and exploring the concepts of darkness and innocence in her work.

And of course, what I’m always thinking of is the power of a story to confer visibility – that to author a story is to claim a dynamic space as a subject and perhaps begin to foster pathways of empathy, to claim a radical singularity that lays the groundwork for the expression of universal truths.

Midwest BSFA: What elements of the Victorian Gothic did you rely on to create this work?
Okpokwasili: There were a number of elements that I don’t know I relied on, but that were interesting forms to play in and then attempt to shatter. One element might be in the use of the epistolary form, the revelation of narratives through letters. In the age of texting and IMing, I wondered if students in class still passed notes to each other, a tangible object that might hold all the evidence of its personal significance. How worn was it? How long had it been saved, re-opened and re-folded and read over again and again? It was nostalgic and quaint, maybe. I thought of the secrets in the notes, the revelations, the expressions of confusion.

And of course, darkness. In Gothic novels, there was always some grand house with forbidden wings that if entered, would reveal a terrifying truth that would cause some irreparable rift of the soul. In Dracula’s case, that rift might actually separate you from God. There was always something terrifying in the dark and impenetrable wing, waiting to be unleashed, so that even in the most joyful moments in these novels, that terror was an unrelenting thrum sounding underneath. And this terror was the threat to innocence, a threat to one’s relationship with God, with light. And of course, it was usually a virginal, pale, upper class, Christian woman who was the most vulnerable.

So the obsession with innocence and the fear of being possessed, penetrated and riven and absorbed by the dark and foreign, to me have obvious sexual implications. I wanted to explore and explode that darkness while also complicating the idea of innocence.

Midwest BSFA: What drew you to those elements?
Okpokwasili: Well, I wanted to ask fundamental questions about possession: Who gets to be in full possession of their body? How can a woman be in full possession of her own body? In a culture that still seeks to discipline the body of a woman, to tell her how, where and with whom she might have sex with, how can she possess herself? And if she does, what is the cost?

I remember secrets as a young girl, whisperings about other girls, and I remember feeling terrified and not knowing who to turn to for answers or even a conversation. Perhaps it’s different today. But when I was writing this, I was pregnant and found out I was going to have a girl and I knew I wanted to be able to shine a light for her into the darkness. Or at least, I want her to know that she can come to me and her father and we could promise her that we would wade around in the dark together and see if we could make sense of it together.

Midwest BSFA: In the title of this piece, I see a play on the Victorian, a time period in which European countries were responsible for the most prolific amount of colonization, and The Bronx, which is arguably the least gentrified of New York City’s five boroughs. Did you do that on purpose? What significance does the juxtaposition hold for you?
Okpokwasili: Yes, it was a period of rapid expansion for the British Empire and I think it’s ironic that the literature of the time exposes the European fear of cultural penetration and assimilation or dissolution, and yet they were the active colonizers operating under the charge of the “white man’s burden” to bring civilization to the barbarian, native hordes. They were the ones on a charge to penetrate, to absorb, to remake the world in the European image – a civilization project to justify the ugliest, predatory land and resource grab, the aftermath of which we are still reeling from.

Your question is a great one. I think I was interested in the apparent dissonance in the title. And it’s true that The Bronx (and perhaps Staten Island) is the last frontier for gentrification in NYC. But this was quite a personal turn for me. The Bronx is where I spent my formative years, and I think I was interested in investigating the dark corners, the places where as a young girl, I was warned not to go. I imagine the Gothic architecture as a framework for the body as well. What can be unleashed in the body? What is the underlying language that the body wants to express?

Midwest BSFA: Intense, complicated friendships between girls/young women was sometimes a theme highlighted in stories from the Victorian period (Little Women, Pride & Prejudice, etc). How does your performance showcase (or revise/destroy) that?
Okpokwasili: I hope it continues in that tradition. But of course, there were no black women in those stories or none that I can remember. Jane Eyre is compelling to me, because in it, there is Rochester’s secret and mad wife, hidden in a forbidden wing, whom he married under dubious circumstances in the Caribbean. She attempts to and eventually succeeds in burning down his house. If we can consider the house, in those times, to be an archive of cultural memory, this wife succeeds in invading and then destroying it. The book suggests quite clearly that her problem was a problem of “blood.” Does it mean that she was somehow of mixed race? Or that she had a legacy of madness in her family? Or are the two conflated and inextricably linked? And like a virus, this secret, Caribbean mad wife, has almost succeeded in destroying the English body. But Jane Eyre returns and signals a chance to reestablish that broken link.

I was also thinking now of Alice Walker’s The Color Purple. That is a piece that resonates with the Gothic for me. Particularly in the attempt to tell singular stories of black women that reflect the complexity of the human spirit. And stories from voices that are expected to remain silent.

I wanted also to bring the body into play, to not erase the body in the narrative, the body’s role in how we hurt and heal each other. How we give each other pleasure.

Midwest BSFA: What are the characteristics of West African griot storytelling?
Okpokwasili: I think I was interested in telling the stories that no one wants to hear or that are unsanctioned, unsung. I was calling it the “anti-griot.”

Midwest BSFA: In his book African Music: A People’s Art, Francis Bebey writes: “The griot knows everything that is going on… He is a living archive of the people’s traditions…” How would you say this is different from the griot’s European counterpart, the bard?
Okpokwasili: Good question. I would say that perhaps the griot is older, the story has often been, (but not always) unwritten and so the story is held in the body. And when told, the griot can actively shape the story to resonate with the person listening in the moment. It seems that is incredibly powerful. But truthfully, I don’t think about the tradition of “the bard” so much, especially outside of an Elizabethan Shakespearean, Christopher Marlowe context.

Midwest BSFA: What’s at the intersection of West African griot storytelling and Victorian elements of storytelling for you? How do they relate?
Okpokwasili: I’m not sure that I made a connection between the two “relating” to each other. What I did feel was that the Victorian era, seemed to want to hide the body, or was overcome by the body eventually emerging while the griot holds the story in the mind and in the body, they are a living link from the past to the present. They have a dynamic and charged gaze that is simultaneously looking back and peering into the eyes of their audience now.

Visit http://mappinternational.org/artists/view/3471 to find out more about Okwui Okpokwasili. And you can you see Bronx Gothic on March 2, 3 & 4 at the Contemporary Arts Center, 44 E 6th St, Cincinnati. Tickets are $15 for CAC members and $20 for the general public.