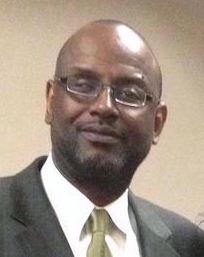 Charles E. Jones, professor and head of the Department of Africana Studies at the University of Cincinnati, discusses his book Afrofuturism 2.0: The Rise of Astro-Blackness and how it expands and broadens the discussion around the concept to include religion, architecture, communications, visual art, philosophy and reflects its current growth as an emerging global Pan African creative phenomenon.

Midwest BSFA: How do you define Afrofuturism?
Jones: While there are a variety of ways to define this term ( Nelson 2002,9; Eshun 2007, 289; Barber 2016) , we employ the definition put forth by Mark Dery: “speculative fiction that treats African-American themes and addresses African-American concerns in the context of twentieth-century techno-culture-and, more generally, African-American signification that appropriates images of technology and a prosthetically enhanced future” ( Dery 1994,10). Although what we call Afrofuturism can be traced back over 100 years, its current trajectory can be connected to literary engagement between writers Greg Tatt and Mark Sinker in 1992 surrounding the relationship between science fiction and Black music.

Midwest BSFA: What is astro-blackness?
Jones: Astro-blackness is an Afrofuturististic concept in which a person’s black state of consciousness, released from the confining and crippling slave or colonial mentality, becomes aware of the multitude and varied possibilities and probabilities within the universe. Astro-blackness represents the emergence of a black identity framework within the emerging global technocultural assemblages, migration, human reproduction, algorithms, digital networks, soft-ware platforms and bio-technical augmentatation.

Midwest BSFA: Why were you interested in working on this book?
Jones: Although I hold a PhD in Political Science, I have always been attracted to the sensibilities of the Africana Studies discipline, namely interdisciplinary and emancipatory scholarship. As such, afrofuturism entails integrating perspectives from multiple disciplines for the purpose of envisioning liberatory possibilities. This perspective also undergirds my forthcoming co-edited anthology with Karin L. Stanford, Higher Learning: Hip Hop in the Ivory Tower. The book examines the incorporation of hip hop and its pedagogical potential in academe.

Midwest BSFA: How did you meet Reynaldo Anderson?
Jones: I meet Reynaldo through our mutual interest and scholarship on the Black Panther Party. He found my book The Black Panther Party Reconsidered useful for his dissertation, which focused on Black Panther Party chapters in the Midwest region of the country. We subsequently corresponded and dialogued at various academic conferences in which he pitched the idea for a special issue on Afrofuturism to be published by the International Journal of Africana Studies, a journal in which I was the associate editor. Due to various reasons, the special issue on the topic never materialized. He eventually invited me to serve as co-editor on the book project in which I brought expertise on the applicability of contemporary expressions of Afrofuturism to the discipline of Africana Studies.

Midwest BSFA: What’s it like co-editing with someone on a subject that’s open to so much individual interpretation?
Jones: Actually, the process with working with Reynaldo was not very challenging because of our mutual agreement on the importance of ensuring that Afrofuturism must be grounded in the experiences of people of African descent and linked to Africana Studies. However, what we did find challenging was offering critiques and insights to such a wide range of topics and applications of Afrofuturism that were addressed in the book.

Midwest BSFA: What do you hope readers walk away with after reading the book?
Jones: We would like the readers to see the myraid of “Black possiblities” in the digital/techno world of the 21st century for the purpose of breaking the “chains” of oppression.