Hey hey hey! After a couple of cons and a much-needed holiday break, we’re back like cooked crack! (But, um, far less addictive/destructive.) November was hectic, y’all. HECTIC. Check out what we and our friends were up to last month!
STEAMPUNK SALON
The monthly steampunk salon on Nov. 5 at Molly Malone’s was the debut night for the Airship Ashanti multicultural steampunk calendar as well as the group’s annual canned food and clothing drive. The calendars are $15 each (plus S&H if you’re outside of Greater Cincinnati) and feature holidays from cultures and religions from around the world. If you want a copy, you can pay through PayPal at Kf356403@ohio.edu.

PANDORACON
Pandoracon was Nov. 11-13 in Blue Ash, Ohio, and Midwest BSFA represented strong. I led the House of Diamonds to a pitiful third place showing in the Pandoracon Games, which included video game tournaments, and several rousing rounds of Life-Sized Pac-Man and Life-Size Centipede. *scoffs* Ah, I really just wanted to wear an electric blue Afro ponytail and I did (see below), so that’s all that matters! In addition to my royal duties, I hosted a Midwest BSFA panel on cyberfunk (cyberpunk from an African-American perspective), which featured two authors from the anthology The City. (You can visit our Facebook page to watch some video of that discussion. Thanks to Renee Tecco for recording it!) Oh, and members of Midwest BSFA and Airship Ashanti arranged a pretty epic cyberpunk Rainbow Brite group cosplay of 15 people! (Thanks to Brian Kollig of Kollig Art for the snazzy group photo!)  If Pandoracon comes back, we’ll definitely give it another go! 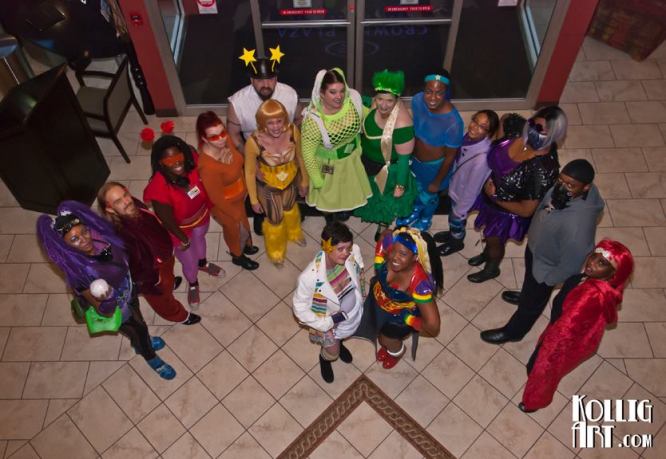 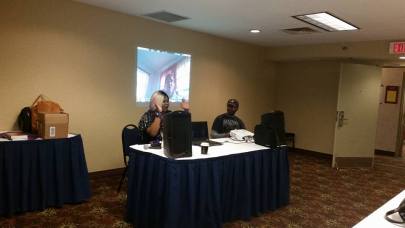 TESLACON
The following week I traveled to cold-ass Madison, Wis., to attend Teslacon (Nov. 18-20). As an immersive experience, the convention is steampunk with a healthy serving of LARPing and subsequently one of the premiere steampunk events in the country. The theme was Paris, complete with French posters, “passports” (your weekend badge), and roaming accordion players. The hotel restaurant even had a Paris-themed menu! The theme changes each year and that’ll drive participation but it’s definitely a con I can see myself returning to soon. 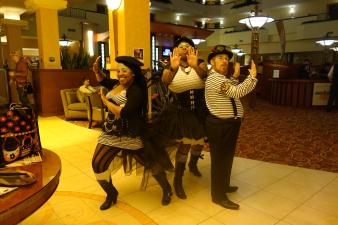 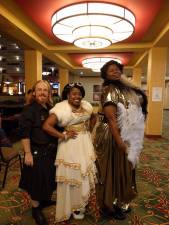 Thanks to everyone who made November awesome!