It all started withSteamfunk– a style of writing and visual aesthetic that combines the culture and approach to life of people of African descent with that of the Steampunk aesthetic.
Next cameDieselfunk – fiction, film and fashion that combine the style and mood of Dieselpunk – Steampunk’s grittier sibling – with African and African-American inspiration. It is a name I came up with in 2012, playing off of Steamfunk.
Dieselfunk tells the exciting untold stories of people of African descent during the Jazz Age.
Think the Harlem Renaissance meets Science Fiction; think Chalky White (from Boardwalk Empire) doing battle with robots run amok in his territory; think Mob bosses, Nazis, the Tuskegee Airmen, the Tulsa Race Riots and jazz… thatis Dieselfunk.
Then cameRococoa– the Age of Spring Technology and Clockwork.
Think Science Fiction and Fantasy meet Three Finger’d Jack, the pirate, Black Caesar…

It’s back! Midwest BSFA member Napoleon Maddox leads The Deconstruction Period performances during the Underworld Jazz Festival at MOTR Pub on May 25 & 26! END_OF_DOCUMENT_TOKEN_TO_BE_REPLACED

Bassist Peter Gemus will join the big band for the Cowboy Bebop jazz tribute concert from 6:30 to 8:30 p.m. on Sept. 29 at Withrow High School!  END_OF_DOCUMENT_TOKEN_TO_BE_REPLACED

Back in March, I participated in a conference on “nerd lit” at Miami University. I was invited to be on the main plenary panel (with three other speakers) as well as present my steampunk character building workshop as a breakout session during the event. It was a paying gig at an official undergraduate academic conference, but in the days leading up to it, the thought of participating started to make me a little queasy. And there’s a very easy explanation for that — Impostor Syndrome. END_OF_DOCUMENT_TOKEN_TO_BE_REPLACED 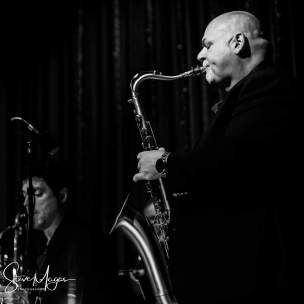 Cincinnati native Dwayne Irvin will join the big band as a saxophonist for the Cowboy Bebop jazz tribute concert from 6:30 to 8:30 p.m. on Sept. 29 at Withrow High School! END_OF_DOCUMENT_TOKEN_TO_BE_REPLACED 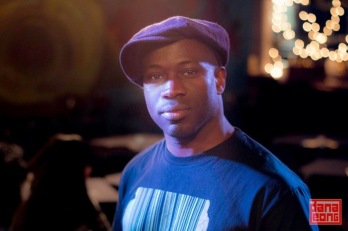 After years of touring and discovering music from all parts of the world, Napoleon Maddox came home with a longing for cultivation and fearless celebration of what musicians here have to offer the world. “It’s important that the connection be understood, stated and restated. This music came from the beak of Paul Lawrence Dunbar and Maya Angelou’s “caged bird,” he says. “When artists around the world create or perform jazz, country, funk, rock, hip-hop or trap, they are echoing some Blues that the ‘caged bird sang.’” The musical offerings he’s heard on stages in Finland, England, France and other places, drove him to create the Underworld Jazz Festival, which takes place May 23-27 at venues around Cincinnati, and include two performances of his experimental music mashup, The Deconstruction Period. In honor of this event, we asked Napo to give us his top Afrofuturistic tracks.  END_OF_DOCUMENT_TOKEN_TO_BE_REPLACED

Eli Gonzalez, a student at Northern Kentucky University pursuing a degree in Jazz Performance, will join the big band as a saxophonist for the Cowboy Bebop jazz tribute concert from 6:30 to 8:30 p.m. on Sept. 29 at Withrow High School!   END_OF_DOCUMENT_TOKEN_TO_BE_REPLACED

Our co-founder was recently featured on PUNK BLACK’s website for her cosplaying! Check out the interview here!