We had so much fun at MECCACon in Detroit on Sept. 19! We met some really cool people and came away with some more artists and creators to feature here on the blog in coming months. The steampunk character building workshop was well received; hope to see some of you folks at Motor City Steam Con next July. Big shout out to Maia “Crown” Williams for putting on a fantastic event. The drive up from Cincinnati was definitely worth it! 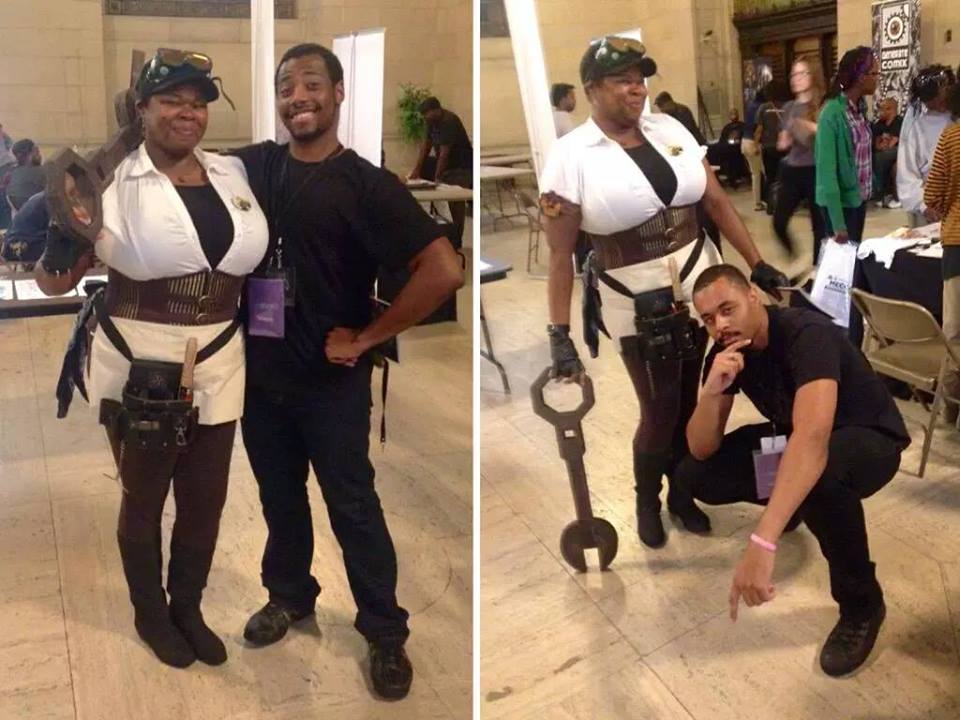 With Jermaine and Mike of the Blkboard podcast. 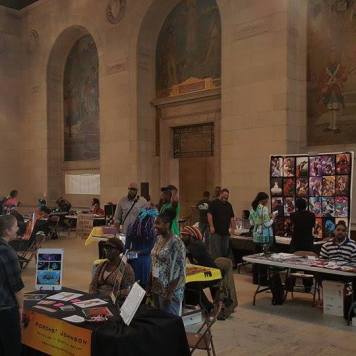 The vendor hall was buzzing the whole day.

The Women in Comics panel with Nicole Burton of Ad Astra Comix (which specializes in comics from a social justice perspective), Dr. Sheena Howard, lead editor of Black Comics: Politics of Race and Representation (which won the 2014 Eisner Award for Best Scholarly/Academic Award), Aiesha Little, Co-Founder of the Midwest BSFA, and comics creator Kim Eggleston of the Women Creating Comics Facebook group. 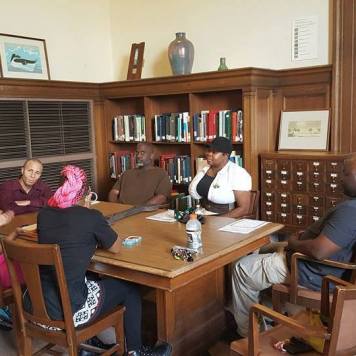 Attendees at the steampunk character building workshop discussed potential characters and their backstories.

Another shot of the vendor hall. 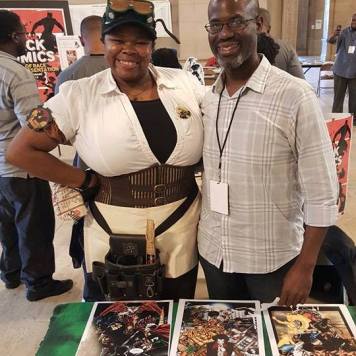